10 So the taskmasters and the foremen of the people went out and said to the people, “Thus says Pharaoh, ‘I will not give you straw. 11 Go and get your straw yourselves wherever you can find it, but your work will not be reduced in the least.’” 12 So the people were scattered throughout all the land of Egypt to gather stubble for straw. 13 The taskmasters were urgent, saying, “Complete your work, your daily task each day, as when there was straw.” 14 And the foremen of the people of Israel, whom Pharaoh’s taskmasters had set over them, were beaten and were asked, “Why have you not done all your task of making bricks today and yesterday, as in the past?” Exodus 5:10-13 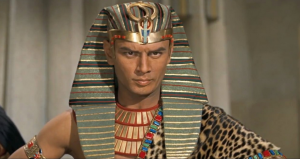 Have you ever been confronted with the workplace concept of “do more with less.” For example, be more efficient with less people. Or be more productive with less resources. Or make more sales with a smaller sales force.

Pragmatic leaders can often look at efficiency, productivity, and task management through the lens of the Egyptian Pharaoh in the days of Moses.

We read in Exodus 5 that after a confrontation with Moses, the Pharaoh, or king, ordered the Hebrew slaves to continue their brick making, but without their daily supply of straw.

To make bricks you needed mud, straw and lots of sun.  Pharaoh’s punishment was to remove one of the necessary elements, normally provided to them, so that their work would be harder.  They would now have to gather the straw AND  make the bricks.

Yet, they were to keep their same quotas; meet their same daily goals.  Do more with less.  Keep up the same productivity levels, but now with less resources.

I call this the “Pharaoh Effect” in leadership and I see it everywhere in organizational life.  Do more, expect more, demand more, but with far less resources, staffing, and support.

As a mid-level leader myself, one of my goals is to constantly advocate for my team to the upper-level executives.  To show their value, efficiency and productivity to those who make the highest decisions.   I must work hard to never become the task-master who sees their work as inferior or secondary to my own.  The minute I begin barking orders and cracking the whip on them as slaves, I loose my leadership influence forever.

In other environments, I find myself as a first-chair leader.  I would never go as far as considering myself anything like a Pharaoh or king, but in some situations I sit atop of the organizational chart.  In that role, I must never, no matter the budget shortfall or the climate in the boardroom, choose to remove necessary resources from my team with the hopes of greater productivity.  I simply can’t take away the straw and expect the same number of bricks.

If the straw must be removed, competent leaders must find other ways to encourage their teams toward ingenuity, creative pragmatism, and out-of-the-box thinking to rebuild and grow.

The Pharaoh Effect in leadership is everywhere, but it should be avoided.  Give your teams the resources they need to succeed otherwise they might take an “exodus.”

My name is Dr. Shane Garrison. I am married to Jennifer and we have two boys, Isaac and Ethan.

I am an associate professor of Educational Ministries in the Campbellsville University School of Theology and Vice President for Enrollment Services.

I am a follower of Christ, a husband, a father, a pastor, and a book nerd.